This quarter in our journal we include articles on Irish taxe marks, Persian airmail rates and overland fees in the 1930s/1940s and French inland rates and postage due in 1947. Example illustrations from the articles are shown below. The full articles are available to members in our Journal. To become a member and see it please go to the Join Us link. 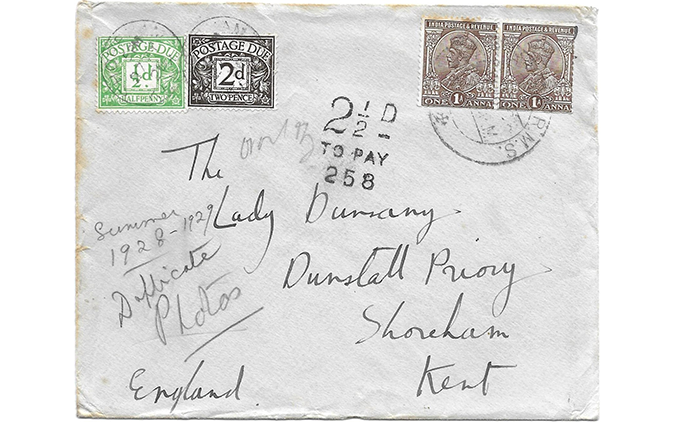 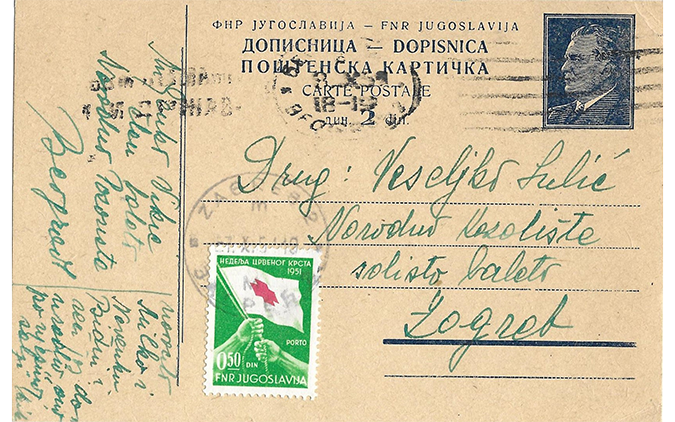 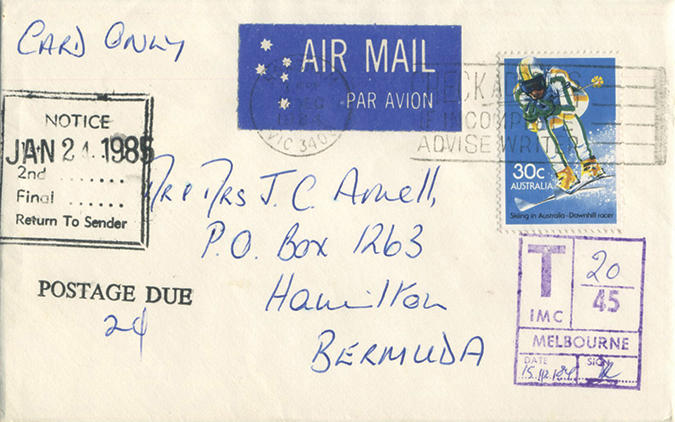 The Postage Due Mail Study Group was formed at the start of 1997, and has brought together collectors and researchers all over the world. Current membership is 110 – with a quarter overseas.

The Study Group's scope is worldwide postage due mail - meaning anything posted without full prepayment, from the times when prepayment became usual, until the present day. The influence of the Universal Postal Union and the interchange of ideas amongst countries, together with the fact that insufficiently prepaid mail is a problem faced by all postal administrations make this a coherent subject. Themes include: 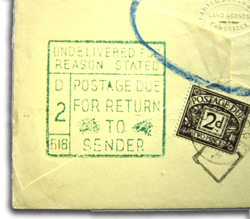 The Group publishes an illustrated, quarterly A4 Journal in March, June, September and December of each year, 30 to 40 pages per issue. The main emphasis is on original articles of lasting value, at all levels of specialization. The subject matter reflects members' interests: items on aspects of British postage due mail appear in every issue, along with at least one article per issue on another country or topic. There is a strong commitment to material relating to the UPU, which has had relatively little exposure in philatelic circles and will be relevant to a large proportion of members, whatever their specialities. Tables of postage rates are often included. We also have regular columns for questions and answers, appeals for help by members undertaking specific research, and reviews of useful books or articles published elsewhere. 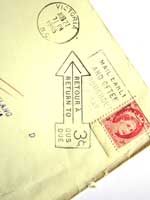 Each quarterly Journal is accompanied by a Newsletter, to keep members informed of relevant philatelic events, including forthcoming displays by members the Study Groups activities and plans, and so on.

We hold auctions from time to time and occasional local meetings.

The Group is willing to consider offering financial assistance to authors writing books on subjects which we study.